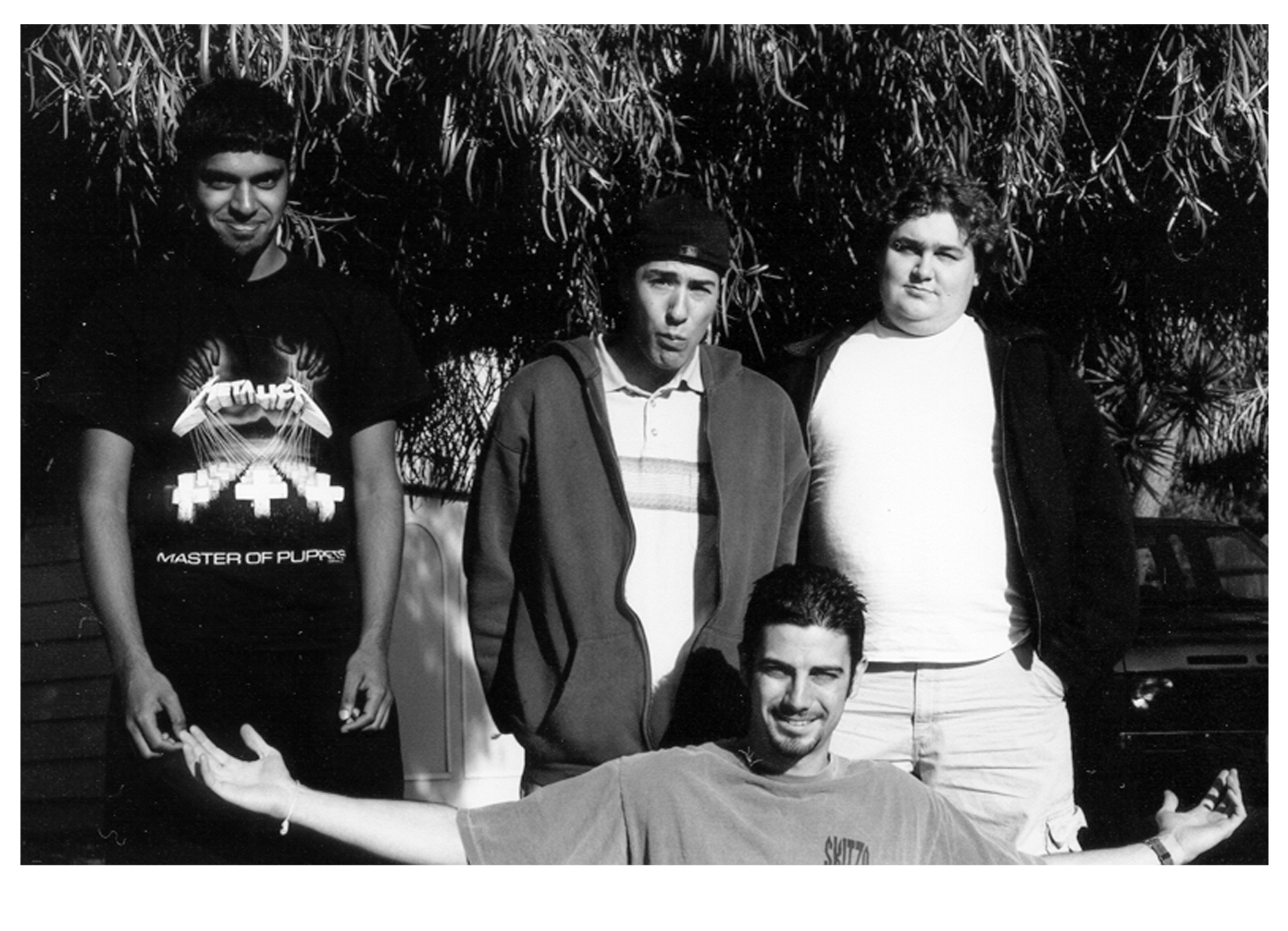 For more detail, see our Timeline.

Falling Tower has a long and storied past– from garage band, to acoustic duo, to production company, to limited liability company. The two people who have seen Falling Tower through all of the many incarnations are Ryan T. Husk and Michael Kenyon Rosenberg.

After many months of searching for the perfect band name, Ryan and Michael remembered a tarot card reading, where the final results card was The Falling Tower (see the image below).

The name was indicative of everything they wanted the band to be — mythic, powerful, and a force to destroy the structure of the establishment.

Ryan and Michael formed a full band, recorded a few albums, and played a few gigs around the San Francisco bay area with their friends Abel (drums) and Peter (bass), but the band eventually fell apart and everyone went their separate ways, including Ryan and Michael.

Ryan and Michael started playing around on acoustic guitars and wrote a handful of new songs, so they decided to reform Falling Tower as an acoustic duo. Michael continued to do stand-up comedy in Los Angeles, and Ryan and Darth continued to act.

Michael had a video camera that he used to record himself doing stand-up, and it was not long before the crew decided to start making comedy sketches and short films for their new YouTube channel. It is at this point that Falling Tower stopped playing music and turned into a production company, churning out a few dozen comedy sketches and short films.

In 2018, a comedy sketch they made and uploaded in 2015 started getting millions of views on YouTube. The video was titled Sex Tourette’s, and it is a raucous comedy about a woman with a mouth of filth when she has sex. Even though the video shows a lot of skin, it was meant purely as a comedy short, and they think it may be one of the funniest videos they have ever made.

In December of 2018, after all of the exposure from YouTube and dreams of the future, Falling Tower finally became a legal entity in the state of California. What is next for the boys from FT? They are working on a few more videos in their Tinder series, and now that they have access to the YouTube Studio space, they have some ideas for web-series.

If you have not already, go to YouTube, hit the subscribe button, and ring the notification bell to receive a notification every time a new video is uploaded. You can also subscribe to the RRS feed on this webpage to get news and updates from the mighty Falling Tower

As an Amazon Associate we earn from qualifying purchases.